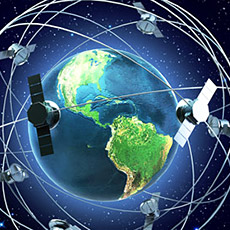 ORBCOMM Inc., a global provider of Machine-to-Machine (M2M) and Internet of Things (IoT) solutions, today announced that it has successfully launched eleven next generation OG2 satellites from Cape Canaveral Air Force Station, Florida at 8:29 pm ET. The eleven OG2 satellites were successfully separated from the Falcon 9 launch vehicle into the proper insertion orbit.

“Today marks a significant milestone for our company. We’d like to thank our vendors and partners for their cooperation in this effort.”

“I’d also like to commend the ORBCOMM team for their hard work and dedication in making our second OG2 mission a success. Lastly, I’d like to congratulate SpaceX on making history by landing the Falcon 9’s reusable Stage one booster from a record altitude. It’s an exciting day for all of us in the space industry.”

After an initial health check, the satellites will undergo extensive In-Orbit Testing (IOT) to verify that all subsystems are properly functioning. The satellites are expected to be providing full commercial M2M messaging and Automatic Identification System (AIS) services within the next 60 days.

ORBCOMM’s OG2 satellites are far more advanced than its current OG1 satellites, designed to provide current and future subscribers with significant enhancements, such as faster message delivery, larger message sizes and better coverage at higher latitudes, while significantly increasing network capacity. In addition, the OG2 satellites are equipped with an AIS payload to receive and report transmissions from AIS-equipped vessels for ship tracking and other maritime navigational and safety efforts, increasing asset visibility and the probability of detection for ORBCOMM’s AIS customers.