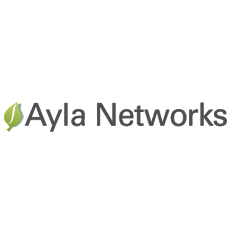 With the introduction of TCL’s new products—a split air conditioner, a mobile air conditioner and a dehumidifier—TCL also is officially launching into the North American market.

The three new TCL products were built using the Ayla IoT platform, which provides comprehensive device, cloud and mobile app connectivity for any kind of product. Ayla allows manufacturers to get secure, reliable connected products to market with minimal time, cost and effort—and to improve multiple aspects of their business based on the real-world knowledge gained from data generated by the connected devices.

The new TCL products use Ayla’s over-the-air (OTA) communications services to allow remote upgrading of firmware after the products have been installed at customer sites. In addition, the products have a 24-hour timing function and are able to push information to end users’ mobile applications, with the ability to match the language of each user’s mobile phone.

“The greatest value of the IoT lies in its ability to empower manufacturers to better serve customers. For instance, we can repair our smart connected products in the field and perform preventive maintenance using Ayla’s OTA technology, which saves time and money for both us and our customers.”

In addition to OTA-based upgrades and after-sales services, the TCL products connected using the Ayla IoT platform offer superior energy consumption. For example, compared to pre-IoT versions, the new TCL split air conditioner can save energy by up to 25% under normal operating conditions while ensuring the same level of comfort.

TCL will be accepting advance orders for its new products at the AHR Expo, with general availability expected later this year.

In 2014, TCL became only the fourth Chinese home appliance company to enter the “RMB 100 Billion Club” – achieving an operating income of Chinese Yuan Renminbi (RMB) 101.029 billion – after Haier, Midea and GREE. Nearly half its income was generated outside China.

“Our globalization strategy depends on strong partners throughout the world,” said TCL’s Wang. “We value our partnership with Ayla because Ayla is the global technology leader in IoT platforms, and because of their strong presence in China and understanding of our market and business practices.”

Tags:Ayla NetworksIoT platformsmart air-conditioning
Previous : New study from Machina Research finds that it is integration with the wider IoT ecosystem, rather than range of features, which will determine success for IoT platforms
Next : PTC Hosts Upcoming Augmented Reality ‘ThingEvent’