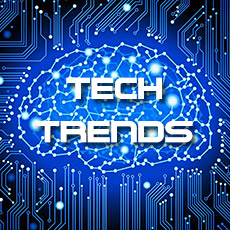 2016 was an important year in the development of the IoT, and 2017 will be even more significant and disruptive, for both technology players and the industries where IoT is being deployed.

The five themes identified in Ovum’s “2017 Trends to Watch: IoT” report, that service providers and vendors should expect to see rapidly evolving this year, include:

“Our research shows that enterprises across many different verticals are now well aware of the potential benefits of the IoT, although most are still in the early stages of thinking about how, when, and where to deploy IoT solutions. Consumers are also getting in on the act, thanks to smart home devices and platforms such as Amazon’s Alexa.”

“We saw the concept of the IoT go more mainstream in 2016. There was heavy media coverage of both the positives, for example Wi-Fi in your car and AI assistants in your home, and the negatives including DDoS attacks using IoT devices and poor transparency on data usage,” continued Gavin Whitechurch, Founder of Internet of Things World. “Behind the hype, solid progress is being made on a number of IoT technologies, tools, and business models, setting the scene for significant evolution of the IoT in 2017. We look forward to seeing many of these technologies on display at this year’s Internet of Things World.”

Tags:Ovumtechnology trends
Previous : Sigfox and OleumTech Team up to Streamline Asset Monitoring Through Wireless Internet of Things (IoT) Connectivity
Next : Shipments of connected digital signs will reach 22.9 million in 2021