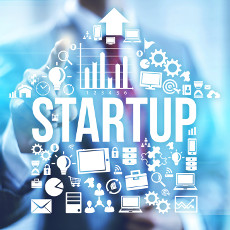 The competition started in January, when Tele2 IoT decided to let companies experiment with its new LPWA network in Greater Gothenburg to come up with new innovations. The competition had 135 participants from 28 different countries and the winning solution will make it close to impossible for criminals to steal diesel – at least from those who own a GuardPuck.

Out of the incoming contributions, three winners were selected by the jury consisting of representatives from Tele2, Talkpool, PubNub, Microchip, Kerlink, IBM and Giesecke & Devrient. During yesterday’s event, the jury announced the winners where Martin Johannesson, Johan Eliasson and Nils Ingelhag scooped first prize with the idea GuardPuck. The winners received products and services to a value of 150.000 SEK that will help them transform their idea into a working product.

The solution aims to prevent diesel theft from work vehicles, which is a common problem in Sweden with 8.000 reported thefts each year. By placing a “puck” on the vehicle that a customer wants to monitor, the puck will report if it notices an ongoing theft attempt. By gathering vibration and position data in the cloud, Martin says that future thefts also could be predicted and thereby help the police fight crimes. The LPWA technology makes it easier to counter jamming devices usually used by criminals. The puck transmits a signal with regular intervals and the lack of received signals to the server triggers an alarm and notifies the owner. It makes it impossible for thieves to jam the signal or even destroy the puck without an alarm being triggered.

Stephen Bryant, CTO at Tele2 IoT, comments:
“The often-quoted William Gibson line about the future being here, but not evenly distributed is becoming less and less true with the rapid advances and availability of technology.”

“The future is here and competitors from many continents leveraged LPWA, cloud technologies and open hardware to quickly create and demonstrate use cases needed in many societies around the world.”

“I am thrilled to see that the winners of the competition could utilize the network to create real value for businesses and society. I wish the winners and all contestants the best of luck with their ideas in the future.”

Tags:IoT startupsTele2
Previous : The installed base of cellular M2M devices in the retail industry to reach 49.2 million by 2020
Next : PTC Accelerates Industrie 4.0 Strategy