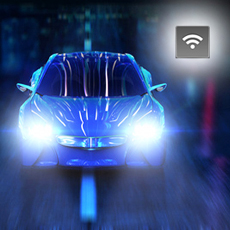 WISeKey expects total identified 5-year revenues from the automobile manufacturer industry to be in excess of CHF 30 Million from which the company is already expecting to generate approximately CHF 2.5 Million and CHF 7.0 Million in 2017 and 2018, respectively.

WISeKey International Holding, a leading Swiss cybersecurity and IoT company, announced today that it is delivering a strategic contract for a leading European automobile manufacturer cementing its role in the Connected Car sector.

The agreement includes the integration of WISeKey IoT and Public Key Infrastructure (PKI) in the manufacturer’s connected car solutions allowing them to authenticate legitimate car components and enabling owners to securely interact with the car’s smart features.

Virtually all new cars on the market today include electronic technologies that could pose vulnerabilities to hacking or privacy intrusions if data security is not addressed. For example, smart cars without cybersecurity protection technology could allow hackers to gain remote access by exploiting vulnerabilities in their ecosystem of connected components and online services. As the number of cars connected to the Internet is growing quickly (to over a quarter of a billion by year 2020, as estimated by Gartner), smart car manufactures are working to identify and reduce potential hacking vulnerabilities in their vehicles.

In recent years, the security protections of smart cars have expanded using proven IoT technologies. There is increased use of “secure element” chips provided by WISeKey Semiconductor to authenticate individual car components within the vehicle itself and to the online services it interacts with, and to ensure that only legitimate software is installed in the car. Digital certificates provided by WISeKey QuoVadis ensure that only authorized users have access to the connected car functions and encrypt data for to make it tamperproof and private.

“As cars continue to evolve, essentially becoming motorized computers, they are vulnerable to the very same threats and attacks as home computers, laptops and smartphones.”

WISeKey has a strong presence in the IoT market with both its widely-used VaultIC chips and PKI across a variety of industries ranging from luxury products to telecommunications hardware to the automotive sector. WISeKey expects total identified 5-year revenues from the automobile manufacturer industry to be in excess of CHF 30 Million from which the company is already expecting to generate approximately CHF 2.5 Million and CHF 7.0 Million in 2017 and 2018, respectively.