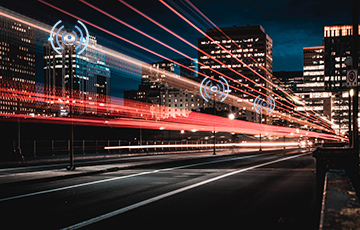 Through its go-to-market partnership with Rongwen, one of the largest smart LED street light providers and operators in China, Silver Spring is planning to network more than 30,000 LED street lights in Guangzhou.

Guangzhou, which is China’s third largest economic hub and a major foreign trade port, has committed to reducing its carbon emissions up to 45% by the end of the decade.

“As one of the early movers in smart street lighting system integration, Rongwen is the first company in China that adapts and deploys internationally recognized smart city technologies. We believe that the scalability and sustainability of this system will allow cities such as Guangzhou to grow their network to millions of devices in the future.”

“Guangzhou is an example of a major hub deploying an IoT network to drive sustainability, create resource efficiency and build a more livable city, which in turn draws in new investments. We are thrilled to connect smart city devices in our first project in China, as Rongwen deploys our standards-based platform to connect street lights and establish a foundation for additional smart city services for the Guangzhou Development Zone,” said Jeff Ross, VP of Channels, Silver Spring Networks.

“By working with our partners, we continue to evolve our standards-based platform’s capabilities, in an effort to address our cities’ biggest challenges, such as traffic congestion, pollution and public safety.”

To further accelerate the delivery of Silver Spring’s IPv6 platform and solution to the growing smart city industry, today Rongwen and Silver Spring also announced the availability of the Rongwen D-ONE Wireless Outdoor Lighting Controller. The D-ONE integrates Silver Spring’s network interface cards (NICs) into Rongwen’s outdoor lighting controller to help monitor and control the brightness of the lights based on pedestrian and vehicular traffic, time of day and weather. The D-ONE utilizes a standardized 7-Pin NEMA Socket and collects a variety of energy usage information including voltage, current, lamp burning hours, and temperature. The D-ONE also integrates with SLV for seamless configuration, monitoring and real-time control.