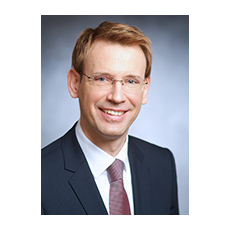 We’ve been promised so much over the years, but now AI is ready to deliver. From connected cars and smart homes, through to improved ambient assisted living (AAL), AI is the common thread that unites them all.

This is the year of AI

Analysts predicted that worldwide revenues for cognitive and artificial intelligence (AI) systems will reach $12.5 billion in 2017, an increase of 59.3% over 2016, and that investment will continue that trajectory, achieving a compound annual growth rate (CAGR) of 54.4% through 2020 when revenues will be more than $46 billion.

The analysts might just be right this time too, as the supporting base of technology has caught up with the demands and opportunities offered by improved AI. A clear example was at CES 2018, one of the biggest annual showcases of technology, which lit up Las Vegas in early January, and much of the major noise this year was around AI and associated devices.

The trend in 2017 of big-brand-backed home speakers with baked in voice assistants has extended and diversified, with Apple and Google joining the chase, while market leader Amazon has diversified. At CES 2018, a wide range of smart home devices integrated with Amazon Alexa stole the show, including showers, mirrors, light switches, microwave ovens and cars, to name but a few. Meanwhile Samsung announced that all 2018 Smart TVs and future TVs would include the company’s AI voice assistant Bixby – not just connected entertainment, but voice enabled AI entertainment.

Of course, it is the smart companion that is at the heart of the overall concept, helping run your home, car and life whether you are at home or on the go. Most consumers find that there is a single-entry point into the smart home space, and in many cases the voice-enabled assistant is proving to be a comfortable starting point.

The market for in-home AI assistants is certainly accelerating – indeed, at Deutsche Telekom we have recently announced plans to speed up the transition to AI during 2018 with the launch of an own-brand assistant and AI-enabled consumer speaker product to control smart home devices and DT’s services such as EntertainTV.

The logistical barriers to entry are very low – unbox, plug in, connect to Wi-Fi – yet the possibilities are extensive, and the ability to connect to other smart home services enormous. From that starting point the possibility to add in smart lighting, or a connected camera or doorbell is clear, and a seamless integration to boot. 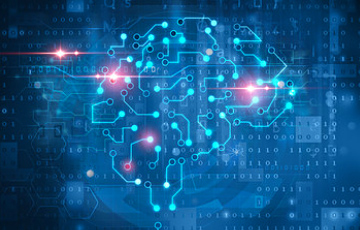 An obvious area for consumers to extend this smart control into is the car, and the rise of the connected car is just beginning to demonstrate the appetite for intelligent assistants in the passenger seat. Indeed, at CES it was announced that Amazon Alexa will be embedded into Toyota and Lexus cars later this year. This announcement follows on from Volkswagen’s Car-Net App Connect, showcased last September, which allows car owners to conveniently control our Magenta SmartHome technology features while on the road. By linking an Android smartphone to the Volkswagen Car-Net App Connect, drivers will be able to control Deutsche Telekom’s Magenta SmartHome app via their vehicle entertainment system, carrying out tasks such as deactivating a security system, switching on exterior lights and controlling the home’s heating system to ensure a comfortable temperature on arrival.

It is easy to see how this wave of innovation will begin to impact on our homes and communities, allowing highly granular sharing of information to improve the quality of resident’s everyday lives. Soon the precise location of a homeowner will not impact on their awareness of – and crucially ability to respond to – a home-related event.

A neighbour can hear a smoke alarm alert, but the homeowner is still driving home? Perhaps a remote reset or battery test will do the trick – or a smart lock could be opened remotely, and manual checks made. The advent of community IoT networks will enable the sharing of key data to enable smoother, easier resolutions to a whole range of small but niggling issues, as well as more serious questions of community safety. The increased abilities of AI to personalise these, as well as recognise the differences between ‘good’ and ‘bad’ patterns will broaden adoption and remove bottlenecks and pain points, such as simplifying setup routines.

This combination of enhanced intelligence and broadening adoption will also begin to have an impact on a large but historically dormant market – the AAL market. The impact of AI on AAL will prompt a sea-change itself in the coming years, as rather than having to create a rules-based system (if I get up in the night, turn on the bathroom light), smart home and AAL systems will increasingly learn and apply context in specific situations, a key benefit in smoothing adoption.

Meanwhile, the growth of voice-enabled or enhanced AI plays particularly well in the AAL context, where the ability to control devices with semantic speech is vital for several reasons. Not only does it remove the need to physically engage with small or hard-to-reach devices, but speech control also rescues the user from engaging with the hardware, the OS, the UI – these are all invisible to the speech controller, which negates many technical barriers.

Just one example is Deutsche Telekom’s Qivicon, which interoperates with Amazon Echo via an Alexa skill. The result is that customers can control their lights, blinds, alarm systems and much more with just their voice. Different users can add an additional layer of personalisation by creating ‘situations’, such as an “Off to bed” situation where the lights are switched off in the living room and dimmed in the hallway, the heating is turned down and the blinds lowered.

The power of AI to unify use cases and ‘level up’ human engagement with the nuts and bolts of technology will perhaps prove one of its most widely felt impacts. While 2018 may not see a complete sea change in the ability of the technology, it will certainly deliver a considerably enhanced base of integrated devices in the hands of consumers, which will in turn refine use cases as well as improve the underlying systems. Welcome to the future!