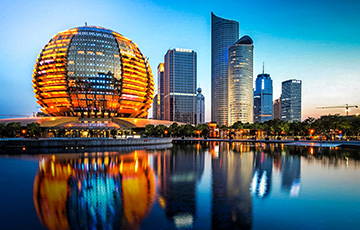 Using Semtech’s LoRa Technology, Alibaba Cloud plans to support an extensive ecosystem created by LoRa-based sensors. The Zhejiang Provincial Company of China Unicom is expected to deploy a LoRaWAN™ network based on LoRa Technology in Hangzhou and Ningbo by mid-2018 to expand the services of its IoT network. The collaboration by these three leaders allows users to more easily adopt a low power wide area network (LPWAN) solution to enable IoT solutions (applications).

“Semtech’s LoRa Technology is an IoT technology that has been broadly accepted and globally integrated in tens of millions of devices,” said Wei Ku, Vice President of Alibaba and General Manager of IoT Business Unit of Alibaba Cloud.

“Operators have been putting a lot of effort on deployment of IoT network. We regard that LoRa is a good complement technology for existing IoT technologies,” said Yongxin Zhong, the Vice General Manager of the Zhejiang Provincial Company of China Unicom.

“The IoT industry in China has quickly emerged and China is one of the leading countries adopting smart, innovative applications,” said Marc Pegulu, Vice President and General Manager of Wireless and Sensing Products Group at Semtech.

“Semtech’s work with Alibaba Cloud and Zhejiang Provincial Company of China Unicom continues to advance our goal for LoRa Technology to become the IoT platform of choice globally.”