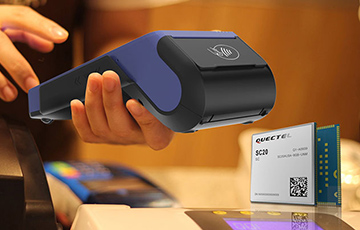 Quectel Wireless Solutions, a global leading supplier of Internet of Things (IoT) modules, has announced that the company’s multimode Android Smart Module, the SC20-AU, is now on Telstra’s list of approved Cat 4 modules.

This Type Approval will accelerate time-to-market for IoT integrators and providers in Australia who are looking to deploy IoT/M2M solutions requiring high data rate and providing enhanced HMI capabilities.

The SC20-AU System on Module is based on Qualcomm’s MSM8909 with a Quad Core A7 CPU @ 1.1GHz, running under Android 7.1 OS. In its standard version, it integrates 8GB NAND and 1GB DDR3 and a plethora of peripherals including 4G Cat 4 modem with 3G fallback, 2.4/5G Wi-Fi, BT, GNSS, K/B, Touch Screen Display and 2 Cameras.

SC20-AU was designed specifically for ANZ, Taiwan and Brazil, and supports 4G frequency bands of B1/B3/B5/B7/B8/B28/B40. It also supports 3G fall-back, on bands B1/B2/B5/B8, suitable for Australia and NZ while its Quad Band 2G adds global support for many 2G dominated markets.