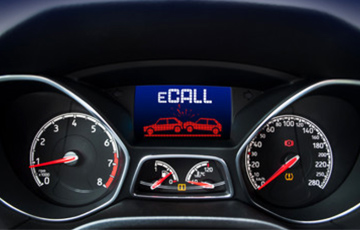 Despite delays on all sides, all EU Member States have upgraded their emergency services or PSAPs (Public Service Answering Points) to support “public eCall”, the basic service.

This has not been without resistance from certain PSAPs, OEMs and governments. All had to invest heavily to provide the necessary technical infrastructure and human resources, which as of today are clearly underused.

The limited number of calls received at the beginning was expected. The mandate only impacts new type-approved vehicles and currently only covers passenger cars and light commercial vehicles.

Additionally, the new Worldwide Harmonised Light Vehicle Test Procedure (WLTP), which replaced the old test procedures to use real-driving data for type approvals, has forced car makers to restrain new product launches and some – such as Porsche – have even cancelled entire lines of vehicles.

First, many insurance companies such as Allianz, HUK Coburg or UnipolSai are offering ACN as part of their telematics insurance services. More than 4 million vehicles are already equipped.

In addition, several OEMs such as PSA, Volvo or BMW are equipping their cars with private or TPS (Third Party Service) eCall where the alert is first received by TPSPs (Third Party Service Providers) compliant to EN standard. However, TPS eCall is facing many hurdles, as establishing relationships with PSAPs and setting up the service are difficult in at least 7 countries across Europe.

For more information on TPS eCall or to set up an interview, contact Thomas on thomas@ptolemus.com