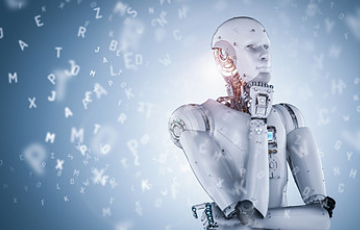 Joseph Zulick is a writer and manager at MRO Electric and Supply.

When people hear the technology terms Artificial Intelligence (AI) and Internet of Things (IoT), most think of modern advances of a futuristic world that has been depicted in films over the past few decades like the Minority Report. Many of those predictions are now coming to fruition in this fourth industrial revolution that is currently transforming the way the world works, especially the manufacturing and factory automation industries, in every way imaginable. Even though the full capability of AI and IoT are still in their relative infancy, these two technology superpowers are now being combined across every industry in scenarios where information and problem-loving can improve outcomes for all stakeholders. The last great convergence of this magnitude occurred in the late 1990’s as mobile phones and the internet were on a collision course that has changed the course of human history in a significant manner. Most people now hold more computing power in the palm of their hand than was required to put a man on the moon in 1969. The convergence of AI and IoT are about to do the same thing on an even greater scale.

The ability to capture large amounts of data has exploded in the last 3-5 years. Along with these advances come new threats and concerns about privacy and security. Large volumes of user data and company proprietary information are tempting targets for dark web hackers and even government entities around the world. There are also new responsibilities that come along with this increased capability.

Sensors can now be applied to everything. This now means that infinitely more data can be collected from every process or transaction in real-time. IoT devices are the front line of this data collection process in manufacturing environments, customer service departments as well as consumer products in people’s homes. Any device with a chipset has the potential to be connected to a network and begin streaming large swaths of data 24/7.

Complex algorithms now give us the capability to do predictive analytics from every conceivable angle. Machine Learning (ML), a subset of Artificial Intelligence, continues upgrades workflows and simplify problem solving for customers with every new interaction.

What is the value? 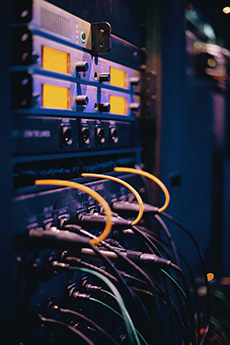 Companies can now capture all the meaningful data surrounding processes and problems and develop specific solutions for real- world challenges within the organization to improve reliability, efficiency and sustainability.

As mentioned above, AI and IoT each are impressive superpowers in their own right, but thanks to the concept of convergence, 1+1= 3. IoT improves the value of AI by allowing real time connectivity, signaling and data exchange. AI boosts the capabilities of IoT by applying Machine Learning to improve decision making.

Many in the industry are now referring to this convergence simply as AIoT. Presently many AIoT applications are fairly monolithic as enterprises build the expertise and systems to deploy and support these powerful technology superpowers across their entire organization. The coming years will see this convergence allow more robust optimization and networking that will create even more value.

Some of the most well-respected minds of our time such as Ray Kurzweil and Dr. Peter Diamandis have predicted that we will have full digital integration between humans and computers by the year 2030. Between this and ongoing advances in automation and robotics (also influenced by AIoT), up to 40% of the current workforce could be replaced by technology within the next 10-15 years.

Solutions providers and manufacturers of hardware are already in full swing to take advantage of this digital technology gold rush and position themselves appropriately in the evolving industrial landscape. Forward looking companies like Amazon are offering re-education and training opportunities for employees in soon-to-be obsolete job functions.

Convergence is a concept that we should all get used to, as all manner of technology discoveries and advances are being combined to innovate and disrupt the way the entire world lives, works, and plays.