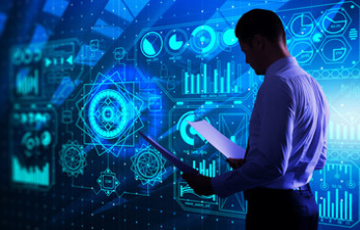 According to a new research report from the IoT analyst firm Berg Insight, the number of devices managed on commercial IoT connectivity management platforms (CMPs) will grow at a CAGR of 32.6 percent from 770 million in 2018 to reach 3.15 billion by 2023.

This accounted for about 63 percent of the total installed base of cellular IoT devices in 2018.

Huawei is the leading IoT CMP vendor with close ties to the domestic mobile operators China Mobile and China Telecom and managed more than 600 million IoT SIMs in mid-2019. Whale Cloud, formerly known as ZTEsoft and partly owned by Alibaba Group since 2018, is the runner up on the Chinese market and managed 106 million IoT SIMs. Cisco is the largest commercial IoT CMP vendor outside of China with 130 million connections, followed by Vodafone and Ericsson. Vodafone is the only mobile network operator that licenses its platform to third-party service providers.

“IoT managed service providers play a key role in the ecosystem in western markets, where they account for around 10–15 percent of IoT subscribers.”

Aeris and KORE have consolidated their positions as leading players in North America, with 14 million and 11 million connections respectively. In Europe, Wireless Logic has close to 4 million IoT subscribers and is systematically expanding its regional presence through a combination of strategic acquisitions and organic growth. Cubic Telecom, Sierra Wireless, Arm, BICS and Transatel all have around 2–3 million IoT subscribers each. 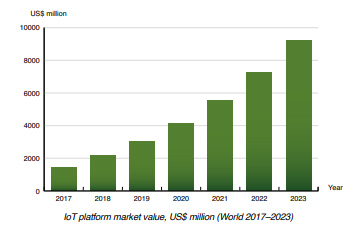 “Enterprises will need to reevaluate their connectivity needs and make more refined decisions about service delivery, carrier switching capabilities, coverage, security and pricing as their IoT projects evolve to the next level”, concluded Mr. Stalbrand.