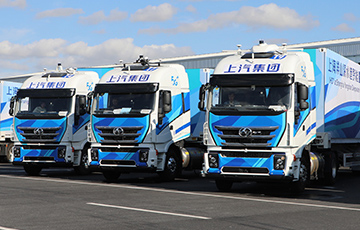 Developed by SAIC Motor, the heavy smart trucks are powered by advanced technologies, including 5G, V2X and artificial intelligence, to achieve 5G L4-level intelligent driving at the port and enable more efficient container shipping. Each truck has been equipped with “senses” to detect the external environment, and cope with unexpected situations such as crosswinds, obstacles in the road or pedestrian traffic. After arriving at the destination, the vehicles can also dock in target locations.

Quectel C-V2X modules AG15 were integrated in the trucks to help identify and communicate with roadside units such as gates and traffic lights, which greatly improves driving safety and efficiency.

Trials for the new shipping solution began on 9 November, following the awarding of a road test licence for “intelligent connected vehicles” in Shanghai. Since then, the trucks have undergone a total of 48,000 kilometers of automatic trial operations under specific scenarios at the port to test operational ability, safety and efficacy.

According to investigations conducted by McKinsey and Company, the automation of ports has proved safer, more cost-effective and efficient than conventional ones. However, the adoption of automation remains slow compared to other sectors. One such reason for this is the high upfront costs associated with automation and difficulties in ensuring effective operations.

The introduction of 5G provides port owners with an unprecedented opportunity to embrace automation to reduce costs by 25 to 55 percent and raise productivity by up to 10 to 35 per cent, according to the same report. 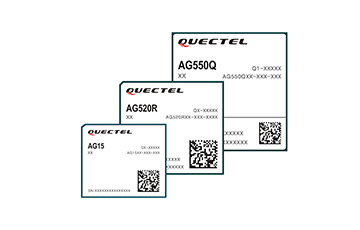 Modules, such as the Quectel developed C-V2X portfolio, offer even more significant cost-effectiveness and flexibility than conventional forms of investment in automation as they can be custom-installed to meet automakers’ or port authorities requirements.

In addition, the company’s AG520R module integrating LTE and C-V2X technologies has supported more than 30 customers in product design. The 5G + C-V2X module AG550Q is currently under development and compatible with AG520R in both hardware and software, ensuring a smoother migration from LTE to 5G technology for automakers and Tier 1 suppliers, which means that the future of automation is now just a module away.