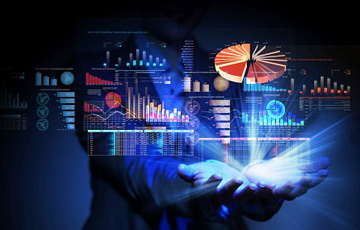 IoT Analytics’ team of analysts have released its latest research on the Global IoT Connectivity Market, projecting that global IoT device connections will reach 11.7 billion in 2020, surpassing non-IoT devices for the first time.

Key findings of the research include: 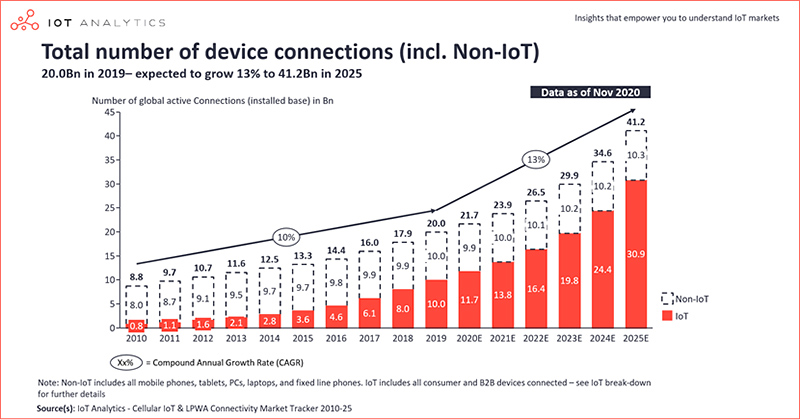 “IoT devices are expected to continue to grow much faster than the quasi-saturated market of non-IoT devices. The current forecast is that there will be 31 billion connected IoT devices by 2025 further driven by new technology standards like LPWA and 5G as well as continued strong IoT device adoption across industries.” 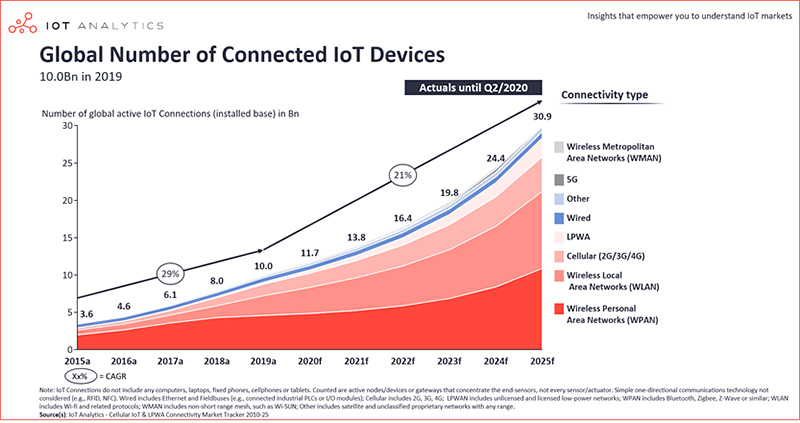 Active cellular IoT connections (based on the 2G, 3G, 4G, 5G, or licensed LPWA standard) have grown 46% in the last 5 years and are continuing to enjoy strong momentum.

Commenting on the competitive landscape for cellular IoT, Satyajit Sinha, senior analyst at IoT Analytics notes:
“Chinese telecom companies accounted for 75% of global cellular IoT connections in 2020, dominated by China Mobile. The dominance of these Chinese players can be largely attributed to the digital push by the Chinese government which views adoption of cellular technologies (particularly NB-IoT & 5G) as a competitive asset in the quest to move the equilibrium of technological innovation from the US and Europe towards China. Just five years ago, Chinese firms only accounted for 27% of global connections.” 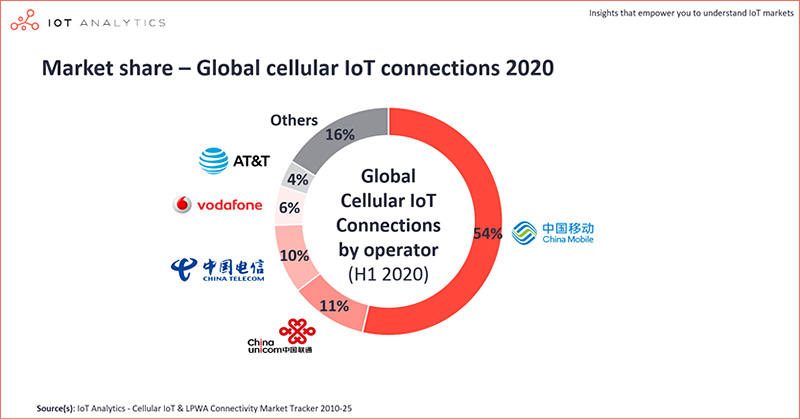 Low-power wide area network technologies (LPWA) are currently the fastest growing IoT connectivity technology. In 2015 there were roughly 10 million global connections, in 2020 there are now 423 million.

Mr. Sinha explains:
“The 2020 LPWA market has developed into a two-horse race. LoRa technology, which is operating in the unlicensed spectrum and largely driven by the Lora Alliance, is in a head-to-head battle with NB-IoT, which is operating in the licensed spectrum and mostly driven by leading telecommunication firms around the world. We expect that those two technologies will continue to dominate the market in the coming 5 years, with Sigfox and LTE-M in distant third and fourth places, respectively. While other technologies continue to exist, at this point it does not appear as though they will play a significant role in the overall global market.” 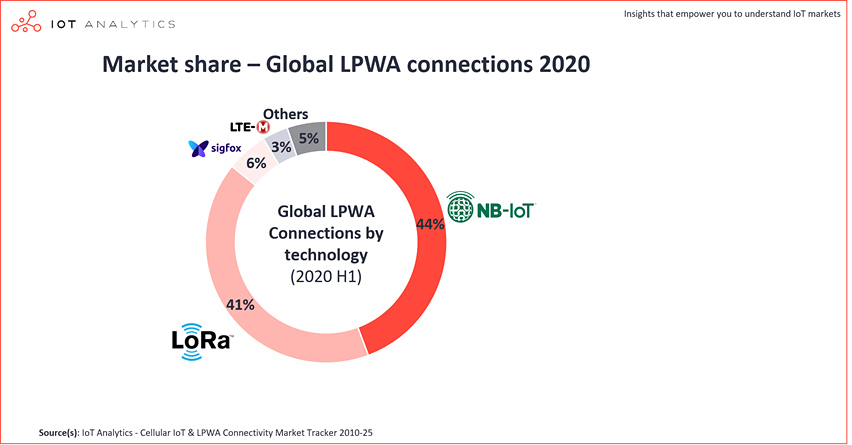