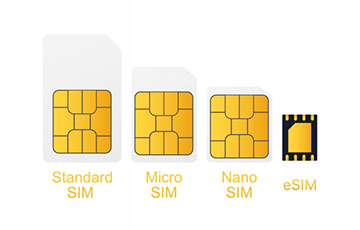 New IoT SIM cards deliver advanced performance while saving over 4 tons of plastic from landfills with every million shipped.

The ecoSIM, which supports all standard form factors (2FF, 3FF, 4FF), is saving more than 4 tons of plastic for every million SIMs shipped.

As technology has progressed and device size has decreased in the IoT, the functional size of a SIM slot has also been reduced significantly but the plastic housing around the SIM card has not. Standard SIM cards are made in the size of a credit card. By reducing the amount of plastic around the SIM itself, the card becomes a lighter, less wasteful product.

In addition to saving tons of plastic from the landfill each year, the new ecoSIM also significantly reduces carbon costs associated with global shipping, reducing upwards of 2 tons of greenhouse emissions per million SIMs. Storage footprint and costs are also lowered; a shipping box that traditionally held 1,000 SIMs can now house up to 10,000.

“This new ecoSIM further positions both Soracom and our customers at the forefront of an industry-wide commitment to environmental responsibility.”