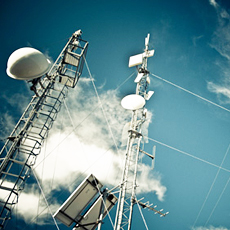 The machine-to-machine (M2M) market presents huge growth opportunities and revenue-generating possibilities, but service providers and telecom operators will need to resolve fundamental issues of ensuring global network coverage and lower roaming costs in order for the potential to be realized.

Ana Tavares Lattibeaudiere, head of the Connected Living program at GSMA, pointed out that the M2M market has “huge growth potential”. Citing a joint study by GSMA and Machina Research, the number of total connected devices is expected to grow from more than 9 million today to 24 million in 2020.

By end-2016, the addressable revenue opportunity for mobile operators as a result of M2M will be US$1 trillion and will rise to US$1.2 trillion in four years’ time. Machina Research had earlier pegged actual revenue of 2011 to US$162 billion, which Lattibeaudiere said demonstrates the growth and business impact of the M2M market.

Another research firm, Berg Insights, stated in April this year that the global number of wireless connections in 2011 was 108 million. This is expected to grow at a compound annual growth rate of 27.2 percent to reach 359.3 million in 2016, with Asia-Pacific and in particular China leading the growth.

“2011 was the year when M2M communication really took off in China. We believe that China Mobile became the world’s largest M2M connectivity provider at the end of 2011 with around 14 million subscribers. If the trend continues, the Chinese market will surpass the U.S. in absolute terms within two to three years,” said Tobias Ryberg, senior analyst and co-founder of Berg Insight, in the report.

Network fragmentation, costs still challenges
Johan Fagerberg, co-founder of Berg Insight, told ZDNet Asia that while the potential of the market is evident, the fragmentation of mobile networks on a national level is a “major challenge” for international M2M deployments.

Typically, enterprises must work with one or several operators per geographic region to achieve global coverage and this could mean a dozen telco relationships with each using different network platforms, which would complicate deployments, Fagerberg noted.

He added that there are two paths to universal M2M networking: collaborations among operators to create joint international offerings, and standardized platforms by specialized service providers such as Jasper Wireless and Ericsson. Vodafone, for example, leverages its global presence and partner network to deliver global M2M services but it has blank spots in China and Latin America. Even in the United States, where its partner is Verizon, CDMA is used instead of the conventional GSM standard, the analyst noted.

“Leading international operator groups are developing international service delivery platforms, but even the likes of Vodafone cannot offer direct coverage in all major countries and world regions,” he said. “Roaming can be used, but not at a massive scale and not in key markets such as Brazil and China, where permanent roaming is not permitted.”

SingTel is one regional telco that is banking on its participation in a pan-Asia partnership called Bridge Alliance to win over prospective clients interested in M2M deployments. A company spokesperson said the prohibitive cost of M2M roaming can be mitigated by signing on with operators with wider reach, and SingTel has established “very competitive” roaming rates across 13 Asian countries through the alliance.

Customize for verticals
Lattibeaudiere added that in order for operators to reach the revenue potential forecasted for the market, they would have to understand the industry requirements for the various vertical segments, complex and fragmented value chains and, in some cases, lack of awareness of the opportunity.

Elaborating, she stressed the importance of strategic partnerships between operators and companies in vertical markets, especially with regard to delivering future connected applications and devices. For instance, they need to collaborate to craft flexible mobile data packages appropriate to the vertical application, or ensure M2M platforms seamlessly cater for devices connected via a range of technologies including non-cellular ones.

The GSMA executive also pointed out that network operators will need to ready themselves for the deluge of mobile data traffic generated by these connected devices. She said the volume of data traffic does not pose a problem now but because these M2M devices are “chatty by nature”, these are expected to generate significant levels of mobile data traffic.

“This will make it imperative for operators to effectively manage their mobile networks, enabling capacity for the continued growth of connected devices,” she said.

International operators will also need to solve the authentication of SIM within M2M devices across different platforms, Lattibeaudiere pointed out. This challenge arises when one operator’s SIM card gets challenged while data roaming by another operator’s authentication system, with connection at risk if there is no interoperability, she explained.

When asked about GSMA’s role in helping resolve some of these fundamental challenges, the executive said the trade body is focused on fostering an ecosystem for mobile operators, manufacturers, and vertical industries to collaborate on the future of M2M and connected devices.

Some of these tasks include eliminating existing barriers which require collective action such as data roaming, and encouraging telcos to provide more than network connectivity in verticals such as healthcare, automotive and education, she added.