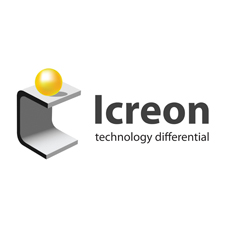 From the Physical to the Digital World, Icreon Dubs 2013 The Year of Integration.

Icreon Tech (www.icreon.us), a global IT services provider, today released its top 10 predictions for technology trends in 2013 that are expected to drive innovation and influence decision-making around IT spending.

“Technological advances that connect the digital and physical world will make 2013 the year of integration,” said Himanshu Sareen, CEO of Icreon Tech.

“From the integration of fragmented IT systems to all encompassing smartphones and smart televisions, in 2013, technology will keep the heavy lifting confined to the backend and enable incredible intuitiveness, simplicity and seamlessness for users.”

About Icreon
Icreon (www.icreon.us) is an IT services provider specializing in a variety of web and mobile-based technologies that empower organizations to be more efficient and profitable. Since its inception in January 2000, the company’s formula for success has been simple – to bring businesses a technology differential, through design, development or consulting.
Recommended IoT report - Download for free now !

Tags:internet of thingstechnology trends
Previous : India Wireless Machine-2-Machine Modules Market crosses 23.6M USD in 2011
Next : The installed base of wireless M2M devices in the oil & gas industry expected to reach 0.43 million by 2016