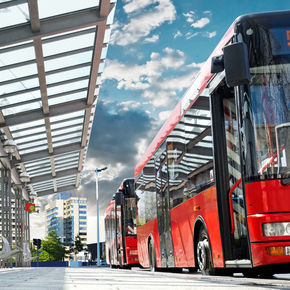 According to a new research report from the analyst firm Berg Insight, the market value for Intelligent Transport Systems (ITS) deployed in public transport operations in Europe was € 0.94 billion in 2012.

Growing at a compound annual growth rate of 9 percent, this number is expected to reach € 1.44 billion by 2017. Berg Insight is of the opinion that the European market for ITS for public transport is in a growth phase which will continue throughout the forecasted period. The fluctuating economic climate has in most countries had little effect on the market as the public investments which underpin a major part of the ITS initiatives have remained stable throughout the periods of crisis. The local markets in southern Europe which have been affected to a greater extent by decreasing investments are expected to recuperate in the near term.

The vendor landscape for public transport ITS consists of a variety of actors. The companies Trapeze Group, INIT and IVU have emerged as leaders in Europe, having broad product portfolios and large numbers of installed systems in many countries. There are also local players with considerable market shares on regional markets in Europe, including Ineo Systrans in France and Vix in the UK. Other notable providers on the European market offering broad portfolios include the Spanish groups GMV, Indra and Grupo Etra, Swarco’s subsidiary Swarco Mizar in Italy, the Norwegian provider FARA and the Belgium-based company Prodata Mobility Systems. Volvo Buses is moreover established as an important provider from the vehicle OEM segment working together with its strategic partner Consat Telematics. Another group of vendors are focused on specific parts of complete ITS such as specialised hardware devices or software applications. 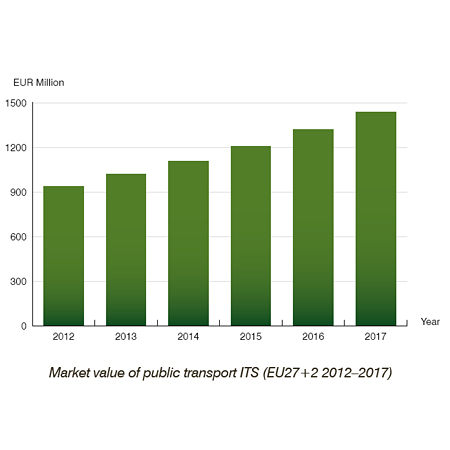 “The European market for public transport ITS is expected to develop favourably in the upcoming years, spurred by developments on both national and EU level”, said Rickard Andersson, Senior Analyst, Berg Insight. Public investments in ITS are set to grow in many regions at the same time as international initiatives such as the EBSF EU project and UITP’s sought-after doubling of the public transport ridership are anticipated to boost industry activity.

“The global trend of smart city initiatives is furthermore a major driver as intelligent transport systems in general and public transport ITS in particular are key elements to enable sustainable smart mobility”.

“Third-party developers are in the future expected to contribute greatly to new innovative services for passengers by leveraging the data sets generated by public transport ITS”, concluded Mr. Andersson.

Tags:Berg InsightIntelligent Transport Systems
Previous : The Installed Base of Smart Meters Will Surpass 1 Billion by 2022
Next : ThingWorx Launches the First Marketplace for the Internet of Things