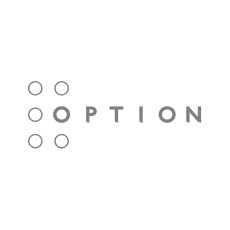 Option N.V. (EURONEXT Brussels: OPTI; OTC: OPNVY), a global leader in wireless connectivity, security and experience, today announced its results for the full fiscal year ended December 31, 2013. The financial information reported in this release is presented in Euros and has been prepared in accordance with the recognition and measurement criteria of IFRS as adopted by the European Union. The accounting policies and methods of computation followed in the attached financial statements are the same as those followed in the most recent annual financial statements.