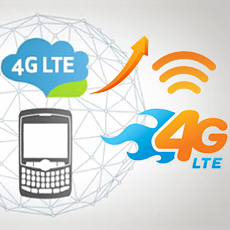 The concept of interconnected devices and smart monitoring systems that require less or no human intervention used to be so limited and mostly powered and operated by either large corporations or the government itself. But as technology shifts its focus on the Internet of Things and M2M technology, manufacturers, application developers and even consumers begin to embrace new trends, and businesses begin to venture into new markets. The consumer’s view of connected products is epitomized by the use of Smartphones, wearable technology, mobile and cardless payment transactions as well as the new connected car technology. However, on a business to business side, the concept of connected devices has become an integral part, embodied in telematics applications, smart grid technology, telemetric applications in the manufacturing and industrial sectors, home security as well as healthcare.

The deployment of M2M has been around for years. And one that propelled its continued development is the involvement of 2G communication networks, since it is sufficient for low bandwidth applications. Over 90 percent of existing M2M wireless modules operate on 2G, according to Beecham Research. However, 3G technology has become a standard for most consumer technology products, driven by the increase in demand for smartphones, tablets, dongles and mobile connectivity in general, thereby prompting the need to migrate some of these older networks. In fact, one of the major telecom operators in the US has announced the shutdown of their 2G networks to proactively steer subscribers to 3G connectivity, offering a relatively huge increase in speed. 3G offers a good number of advantages for M2M devices as well, such as larger amounts of data are being transmitted and more complex applications across different industries can be supported. However, the shift can bring about quite an incremental cost for operators, which may hinder the whole process.

It has also raised concerns among M2M module operators. If moving 2G to 3G is expensive, then the migration of 3G networks to Long Term Evolution (LTE), which may eventually happen in the relatively near future, can cost a hefty of bucks from equipment upgrade to support the technology. Although, it appears to some that 4G/LTE is not what M2M communication and development really needs. While it offers better, faster connections for mobile data users and consumers, it may be a different scenario altogether for M2M module providers and operators. Aside from a powerful hardware premium requirement, the migration to LTE needs more bandwidth, band fragmentation that adds cost and making it more complex, especially that 90 percent of existing modules still operate on 2G networks. LTE especially in its very early stage of development, may bring inconsistency in coverage for mission-critical applications. This is where most of the reluctance of M2M operators comes from.

On the other hand, many operators and end users are already exploring LTE in their M2M solution deployment. 4G/LTE implementation has begun in some regions in Europe and is now gradually implemented in the US. A report LTE for M2M: The Long-Term Opportunity Begins Now, from Heavyreading.com, identified that one reason users are considering LTE is for future-proofing. According to the report, they would rather pay a premium for LTE hardware today, as opposed to replacing 2G devices when operators decide to shut down their networks, which could be more expensive. It makes much sense as no one really knows how long these 2G networks can remain active. Another consideration for LTE is its spectral efficiency. With LTE, operators expect to reduce the cost of delivering services that use the current communication technologies. It is expected to help them turn a profit on these applications. The report also noted that prices for LTE modules have already decreased to as low $80 and are still expected to decrease by 20 percent annually as vendors and operators continue to look for ways to decrease these premiums.

It is true that thousands of different applications utilizing M2M technology to leverage the Internet of Things, are planned, some are even in testing phase. Some existing M2M modules have already migrated to 3G and some may be ready to move to the next level. And at the rate that technology is evolving, data consumption and demand are rapidly increasing as well, so it is very likely that LTE will become the new standard, and older technologies will eventually be phased out. Network operators would still need to consider network depreciation and the cost to operate these networks, LTE or otherwise. Other considerations may include availability of modems, other technology and coverage, new service pricing models, and legislation.

LTE will be the future of mobile connectivity, no doubt. But is LTE is the future of M2M? That is yet to be seen, as it may take a while before LTE adoption of M2M solutions can grow considerably.

The views and opinions expressed in this blog post are sole property of the author and do not reflect the opinions of M2M World News unless specifically stated.
Tags:4G for machine-to-machine4G LTEIoT insightsLeadingQuest
Previous : DOCOMO to Offer Japan’s First eSIM for M2M Devices
Next : Tele2 and NetComm Wireless announce M2M partnership