There is a lot of hype around the potential for smart cities and, undoubtedly, the adoption of ‘smart cities’ initiatives is gaining pace. But much of the discussion within the industry is essentially supply-side focussed, rather than demand side focussed. Vendors will often have a slightly utopian vision of what a smart city might look like, whilst currently ‘dumb city’ residents and stakeholders often remain unconvinced. In this article we seek to begin to redress that balance, by focussing on the city manager perspective.

The aim for city managers
The aim for city managers should be to stitch the plethora of different potential smart-cities initiatives that exist into some kind of cohesive implementation plan. In undertaking this task, the city manager must consider four broad categories of influencing factors. These are illustrated in figure 1 below, and discussed in more detail thereafter. 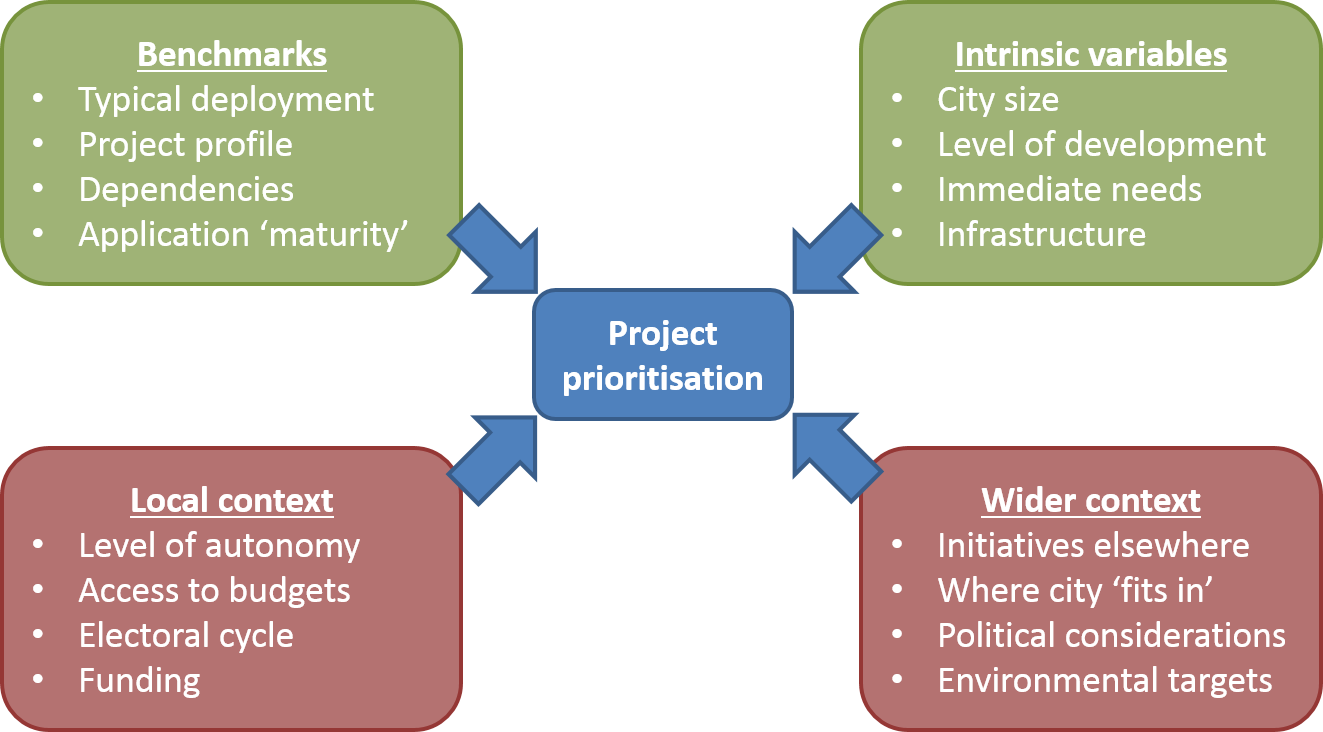 Benchmarks
Smart city project implementation reference benchmarks are clearly relevant. Considerations include the extent to which a specific ‘smart cities’ application has matured, and the degree to which an application can be ‘ported’ to new environments and cities together with any dependencies. For instance, a monitored car parking solution might be a particularly easy solution to deploy in a city benefitting from Low Power Wide Area (LPWA) network coverage, but may require a complex and expensive backhaul network deployment in a city that does not benefit from such coverage.

Clearly, when making any project recommendations, a city manager will need to develop some kind of business case justification, and so costs, payback and expected benefit benchmarks will be particularly important. It is also important to recognise that not all benefits from smart cities initiatives will be financial: citizen well-being has a value too!

Intrinsic variables
The concept of citizen well-being highlights the need to consider a set of city specific intrinsic considerations when prioritising potential projects. Not all cities are the same, and not all cities will benefit from any specific smart cities initiative to the same extent. Macro-economic level considerations include the level of development of a city (is it located in a developed country, or a developing country?) and the size and type of city (whereby the typical needs of mega-cities are very different to satellite dormitory towns). The availability, or otherwise, of specific infrastructure should also be considered. For instance, a smart traffic management solution may potentially be more impactful in New Orleans than Boston. Why? Because Boston has a subway system, whereas New Orleans does not.

Local context
Other aspects of local context must also be taken into account. Some cities have powerful mayors with a high degree of autonomy, whilst local officials in other cities have more limited powers. In the former case, electoral cycles are a particularly pertinent consideration: any potential smart-cities initiative would benefit significantly from the potential to deliver tangible returns within a single electoral cycle.

Access to budgets and project funding is also a significant consideration. Often city budgets are fragmented to the extent that the benefits from investment in a smart city solution may fall on one P&L, whilst the costs of deployment of that solution may fall on another P&L. Vendor financing can provide an elegant solution to such fragmentation challenges. But, again, such financing will perhaps be easier to arrange in fast-growing Singapore than recently bankrupted Detroit

Wider context
The wider context within which a city exists must also be considered. China has taken this concept to an extreme, whereby some cities are earmarked for comprehensive smart cities solutions, whilst other cities focus on the deployment of smart-cities initiatives that enhance some specific differentiating factor. A third category of cities mostly focus on upgrading communications infrastructure. In general, many countries will seek to make political capital from the deployment of ‘trophy’ smart city solutions, whilst others will seek to compete for foreign direct investment on the basis of availability of smart cities infrastructure.

Government mandated environmental and other targets can also be a significant, and often non-negotiable, driver of the adoption of smart cities solutions. 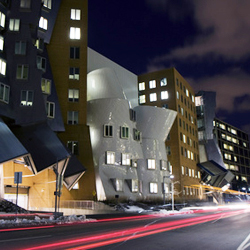 It is clear that ‘smart cities’ are far from a one-size-fits all concept. Every potential project in every city should be subjected to a rigorous and consistent analysis to ensure that the ‘smart cities’ strategy adopted by any specific city is the most appropriate for that city. In this article we have identified four broad categories of influencing factors.
Of these four broad categories of influencing factors, the first (“Benchmarks”) suggests the need to compile a database of consistent and cohesive analyses of a diverse range of specific ‘smart cities’ project implementations. Such benchmark analyses should include deployment timeframes, costs, expected benefits and any potential project interdependencies. The latter three categories suggest the need for a smart-cities-specific strategic analysis framework, designed to take into account the specific limitations and opportunities that any given city manager may potentially need to contend with.