Short range technologies such as Wi-Fi, BLE, 6Lowpan and Zigbee are set to dominate M2M connections; they will account for 77% of all M2M devices by the end of 2023.¹ A new wireless connectivity technology may soon be joining and complementing this group: visual light communications (VLC).

VLC has a longer history, but since the advent of Light-Emitting Diodes (LEDs) the opportunity to use visible light spectrum for data communications has accelerated. With LEDs VLC has achieved bidirectional transmission speeds of between 500 and 800 Mbits per second. In one experiment, using the three primary colours, the combined transmission reached over 10 Gbit/s.³ Initial commercial solutions, expected in 2015 will deliver data transmission speeds of 100 Mbit/s. Li-FI uses similar 802.11 protocols.

Li-Fi as a connectivity technology has a number of obvious limitations, most prominent of which is that it only works on more-or-less ‘line of sight’. However, this emerges as a security feature in situations where the spread of connectivity coverage is narrowed to the beam of light, and where for example, the impermeability of light through walls constrains network coverage and access to within the boundaries of the room, ensuring no ‘external’ access possibilities. Another huge benefit from Li-Fi is that it is a safe wireless connectivity technology in environments where radio frequencies are hazardous, such as chemical processing plants.

Another major advantage of Li-Fi as compared to e.g. Wi-Fi or cellular connectivity is the significant difference in power requirement and availability. As an integral part of a lighting solution, already pervasively installed throughout millions of venues with installed power infrastructures, Li-Fi utilises available electricity, and further leverages the benefits of LEDs consuming a fraction of traditional incandescent lighting. The net effect being a significantly smaller energy footprint than other connectivity technologies, and highly compelling for larger scale implementations. 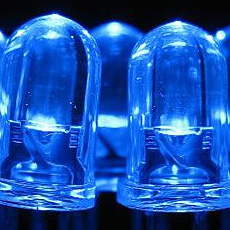 The use of this connectivity technology can support many different applications. Indoor examples include offices, retail venues or hospitals (where Wi-Fi is generally banned). Outdoor applications where LED lighting could be used include street lighting (for instance enabling digital display connectivity), in cars (enabling communications between cars through LED lights), and within aircraft and passenger trains where LED lighting could also provide the network. What will also be commercially attractive is that smartphone special screens and cameras are able to receive the VLC signals.
And to address one of the most common questions – what if the light is off, does the connection end? If the power is disconnected, then the answer is yes, but LED lights can be dimmed to complete darkness, and even when no light is emitted, the connection will continue.

A range of companies, such as LVX System in the US and pureLiFi in the UK, have become frontrunners in this connectivity technology space. In fact, the phrase, ‘data through illumination’ was coined by the founder of pureLiFi, Professor Harald Haas. With the growth of connected things, the only limit to the application of Li-Fi connected things will be our imagination. VLC looks to have a bright future, and surely adds to the line ‘beam me up Scotty’?