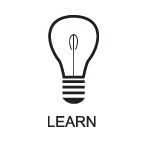 Mind Commerce Publishing shares with us an extract of its recent report End-to-End M2M, Seventh Edition. 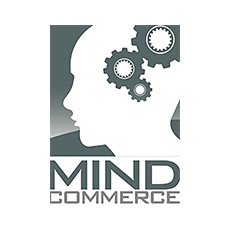 Machine-to-Machine (M2M) communication is a revolutionary technology that allows effective supervision and maintenance of physical assets. M2M communications has historically represented the integration of microprocessors, microcontrollers and sensors with communications, monitoring and control systems to improve efficiencies and effectiveness of business operations.

Special-purpose M2M devices range in complexity, from single purpose to multi-purpose. For most cases, they are designed to operate autonomously according to a predetermined set of operational rules free from outside interference, thereby enhancing the return on M2M investment.

M2M device suppliers not only embed their M2M modules with firmware that governs hardware components, but they typically supply them with configuration software that enables technicians to define rules that govern the behavior of M2M devices, for example correlating event data with specific actions.

In addition to M2M and related technologies that make connecting different things possible, there are wide number of other technologies that gain benefit from IoT and/or support it. There will be many technologies involved in the deployment and management of IoT, which will become increasingly important as IoT evolves to become more main-stream across various industry verticals.
At a high level, IoT is driven by a few key technology developments including:

Unlike IPv4, which has relatively easy to remember numbers such as Comcast’s IP address 192.168.0.1, IPv6 numbers can be much larger and very hard to remember such as IPv6 addresses, as commonly displayed to users, consist of eight groups of four hexadecimal digits separated by colons, for example 2001:0db8:85a3:0042:0000:8a2e:0370:7334. It is easy to see that the new addressing scheme for IPv6 provides for many more IP addresses than would be available through IPv4.

IPv6 will enable IoT by providing ample electronic addresses for the many “things” in the world.

In the future, tiny, inexpensive electronic sensors, capable of communicating from remote places to central monitoring facilities (by way of M2M) will be found everywhere. Thanks to increasingly cost efficient miniaturization, improvements in battery life, and advanced power management, sensors will become the norm rather than the exception across a wide variety of environments for both human and non-human assets/objects.

As sensor technology improves, there will be a transformation in which information is no longer a stale commodity but rather a living, breathing asset as information is continually updated due to intelligent actuation and notifications based on event driven criteria and associated triggers.

Software and Analytics for M2M and IoT

Cloud communications is defined as service provider standardizing services within the cloud. These services can be provisioned on-demand or in an automated fashion and can be terminated on any device. Services can be more easily integrated and the end user can consume services in new ways, applying usage-based or event-based pricing models that were not available earlier.

Thanks to Software as a System (SaaS) and other cloud based approaches, software and related systems are becoming increasingly available to parse through the voluminous data gathered by M2M networks. Remote monitoring and management of field-deployed assets not only results in immediate operational savings, but the historical data can be used for continuous process improvements across the enterprise, yielding a compelling business case for M2M adoption.

There are many well-established areas for standardization of M2M such as the following 3GPP standards:

Some common areas for standardization include:

IoT standardization is a much more recent standardization area and it presents a new level of challenges, largely driven by the fact that arguably every IoT deployment is relatively unique. However, there are four basic stages that are common to just about every IoT application. Those components are:

To meet the needs for standardization, there are various organizations developing new standards that involve incorporation of existing protocols as well as design of new ones. For example, The Internet of Things Architecture (IoT-A) group, the European Lighthouse Integrated Project, addresses IoT Architecture, and has created the proposed architectural reference model together with the definition of an initial set of key building blocks.

Another example is the Internet Engineering Task Force (IETF), which among other things, produces standards and documentation that will support the evolution of the Internet. One of their major projects is the ‘Constrained Application Protocol’ or ‘CoAP’, which is a specialized web protocol for use with constrained nodes and networks-the same types of nodes and networks, which would comprise IoT.
It is expected that over time there will be many protocols, procedures, and associated standards developed for IoT, with many of them overlapping in terms of their use based on applications/solutions.