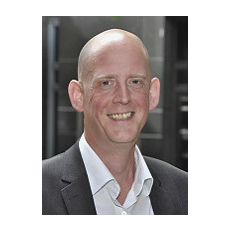 A desire to reduce energy consumption is a major driver of adoption of M2M. Analysis of Machina Research’s M2M Forecast Database showed that at the end of 2013 16% of all M2M connections were associated with energy saving and energy efficiency, a figure set to grow to 42% by 2023. Included within that figure are a diverse range of applications. In all of these, to a greater or lesser extent, the motivation for connecting devices is increasing energy efficiency. In some it is explicitly the motivation, e.g. smart metering, while for others it is one of a number of issues, e.g. manufacturing. Other relevant applications include building automation, white goods, fleet management, connected street lights, connected rubbish bins, electric vehicle charging, supply chain, and microgeneration.

Since mid-2014, however, the cost of energy has plummeted. The price of Brent crude oil has fallen from USD110 per barrel 6 months ago, to USD48 per barrel. The logic is inescapable. If the adoption of many M2M applications was stimulated by high energy prices and a desire to be more efficient, then a reduction in fuel costs should slow that adoption. This article examines a few examples to understand the true impact.

Fleet management aims at reducing fuel costs by perhaps 10-15%. The recent cuts in oil prices have manifest themselves in an approximate 30% reduction in prices at the pumps in much of Europe and 40% in the US. Suddenly the economic basis for implementing a fleet system becomes challenged. Typically, however, this merely moves the payback time for a fleet system back by a few months, rather than render the whole thing economically unviable. And fuel is not the only cost associated with inefficient fleet management. More efficient use of resources and supply chain efficiency will also deliver return on investment benefits.

Turning to a major domestic application: home automation, particularly of heating, ventilation and air-conditioning (HVAC), should be stimulated largely by reducing fuel consumption. It is unclear yet, however, whether falling energy costs will actually result in substantial reductions to consumer energy bills. Furthermore, the adoption of more sophisticated connected HVAC systems has been a slow burn, and we expect these to be linked to adoption of a broader array of connected home services, which will largely be led by adoption of security systems. Perhaps we can expect the sales of Nest to plateau for a year or two, but that might be the impact overall in this sector.

Public sector appetite for smart cities initiatives such as connected street lighting or refuse collection also seem unlikely to be massively influenced by a reduction in energy costs. The impetus for these schemes might have been lost a little, but, as with fleet management, the most likely effect will be to mildly affect the return on investment period, rather than render the whole scheme unaffordable. The greater delays in this area tend to be down to inertia, access to funding and a more fundamental challenge with value-for-money. In the last few months Machina Research has been substantially ramping up its dedicated Smart Cities programme, and the message from studying dozens of smart city deployments is that most schemes have a very rapid return on investment, but a few will never be economically viable whatever the circumstances.

Smart metering is squarely focused on reducing energy consumption, so falling energy bills should naturally spark a reduction in interest. But we would actually not expect that to be the case. In most countries the main driver is regulation. During 2014 contracts were awarded in many countries including Denmark, Estonia, Finland, India, Norway, and Poland. The regulation does not seem to be affected by reducing prices. Largely because of the lifespan of smart meters. There are a lot of reasons to expect delays in deployments, but few of them have anything to do with fuel prices. In the UK, for instance, there are concerns that the 2020 target will not be met for deployment of the Department of Energy and Climate Change’s scheme, due to the complexity of the scheme. In some countries, particularly in Europe, there continues to be push-back against widespread deployments due to privacy and security concerns. So, if there are delays in deployments, it is unlikely that the reason will be tied to energy costs.

A final example, and possibly one where the impact will be most significant, is electric vehicles. EVs are almost by definition connected vehicles, and there are also associated M2M connections in the form of electric vehicle charging points. Bloomberg New Energy Finance estimates that with fuel prices in the US at the current levels EV share of cars will grow from 1% to 6% by 2020. Contrast this with the 9% it forecasts should the fuel price be at the level of a year ago. 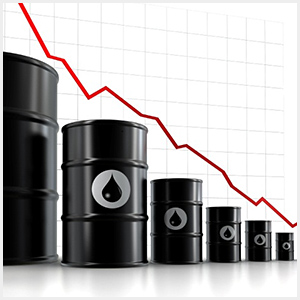 Of course there are also many applications where fuel costs are either irrelevant, or only modestly influenced courtesy of general falling costs of service. The fundamental driver behind healthcare, for instance, is aging populations and falling energy costs won’t change that at all, although it will perhaps mitigate the cost of supporting users via more traditional methods. Most automotive applications, which account for the lion’s share of cellular M2M, will also be largely unaffected.

The other thing to consider is whether this low oil price is likely to be a blip or a long-term trend. While not an expert on predicting oil prices, this author would expect that economic recovery and increasing demand will naturally see a return to higher prices. The long-term prognosis for the industry is unchanged. In the short-term it seems that there will be some sectors affected, but for most any delay will tend to be down to inertia rather than necessarily the cost of energy.