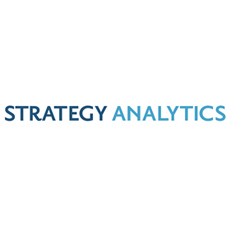 A new study from Strategy Analytics, “M2M Connections by Industry Vertical and Bandwidth” predicts machine-to-machine (M2M) connections will grow from 368 million in 2014 to 2.1 billion by 2022. Much of the growth will be spurred on by the Asia Pacific region. The need for speed is also driving new adoptions: 75 percent of new M2M connections will be on 3G or faster networks by 2022.

Not surprisingly, given the pent-up demand among the very large population, the Asia Pacific region will account for 55% of cellular M2M connections globally by 2022, followed by Western Europe and North America.
High bandwidth connections (3G and 4G) will grow to 75% of all connections by 2022.
Smart metering deployments in China continue to grow significantly. Overall smart metering is expected to remain one of the major areas for M2M growth globally, particularly in Europe and Asia.

Other highlights from the study indicate:

“It’s clear that M2M connections will remain an extremely kinetic segment over the next seven years, as users enthusiastically embrace device connectivity in those market segments that have the greatest impact on their everyday activities like: smart metering/utilities, healthcare and smart home automation,” said Andrew Brown, Executive Director of Enterprise Research at Strategy Analytics.

More details on the study: “M2M Connections by Industry Vertical and Bandwidth“