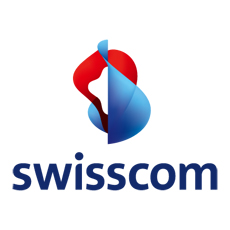 To enable devices to communicate more efficiently with each other in future, Swisscom is testing a network for the Internet of Things.

This low-power network is the first of its kind in Switzerland and connects devices that exchange only small amounts of data with each other and require only a minimal supply of power. It complements the existing M2M mobile network solutions.

The pilot project for this complementary new network will start in April 2015 in the regions of Zurich and Geneva.

The low-power network (LPN) or low-power wide area network (LPWAN) connects special applications in the machine-to-machine (M2M) area for which SIM cards are not required. Sensors, smart meters and tracking solutions exchange only very small quantities of data and use very little broadband and power for this purpose. Small packages of data are transmitted sporadically. Here, LPN is a practical networking solution. One advantage is that only a small amount of current is needed to operate the network, making it energy efficient. LPN is therefore suited for networking devices that have small batteries with a long battery life.

«With LPN, we are making innumerable new M2M applications across all segments possible in one go. For example, the networking of everyday devices such as sensors, water dispensers, waste bins and letterboxes. The user is notified in real time when the post has arrived, for instance.»

Pilot project in Zurich and Geneva
The low-power network of Swisscom complements the existing M2M mobile network solutions. It comprises additional gateways with a low output (max. 0.5 watts) that are installed at different locations. The emissions produced are significantly less than those of a cordless phone used in the home. The sensors are connected with each other via secondary frequencies in the non-licensed ISM 800 band. Swisscom will test LPN as of April 2015, initially as part of a pilot project in the regions of Zurich and Geneva. Together with the first customers and partners, Swisscom is working on potential applications and testing the LPN specifications.

Swisscom supports the LoRa Alliance
Swisscom has been part of the LoRa Alliance since January 2015. The goal of the LoRa Alliance is to establish an open global standard for LPN. LoRa’s members include only the market leaders in the field of networks, but also module and sensor manufacturers, antenna operators, system integrators and E2E solution providers (more information at www.lora-alliance.org). Consulting firm Machina Research estimated in February 2015 that by 2023, over 3 billion M2M connections will be running via LPN worldwide.

Further information about the low-power network of Swisscom is available at: www.swisscom.ch/lpn