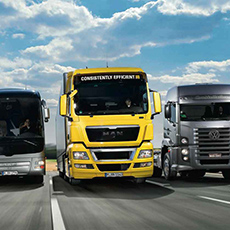 According to a new research report from the analyst firm Berg Insight, the number of active fleet management systems deployed in commercial vehicle fleets in Russia/CIS and Eastern Europe was 4.2 million in Q4-2015.

Growing at a compound annual growth rate (CAGR) of 13.5 percent, this number is expected to reach 7.9 million by 2020. The Russian market accounts for a significant share of the region’s total installed base. The top-10 providers of fleet management solutions for commercial vehicles across Russia, the CIS and Eastern Europe together have an installed base of over 2.0 million active units today. Top providers include Gurtam, Arvento Mobile Systems, TechnoKom, Mobiliz, Navigator Group, NIS, SCOUT and Omnicomm, all having at least 100,000 active units in the region.

The fleet management markets in Eastern Europe and the CIS are expected to follow the developments in Western Europe.
Rickard Andersson, Senior Analyst, Berg Insight, said:

“Eastern Europe is already tracing the most developed European markets closely in terms of system functionality and service model.” 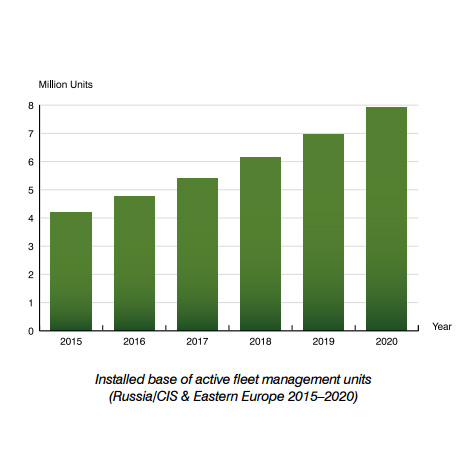 The major Russian solution providers have historically mainly served large corporations with standalone software systems which are paid upfront and hosted in-house, whereas subscription services traditionally have been adopted primarily by SMBs.

“Cloud services based on monthly service fees have however now become a greater focus also for major enterprise fleets on the Russian market and the domestic solution providers are increasingly pushing for a transition towards SaaS-based models”, said Mr. Andersson.

He adds that there is similarly a gradual shift in customer requirements in terms of fleet management functionality to increasingly align with features de manded in mature markets such as time- and money-saving automation tools and integration of eco-driving components.