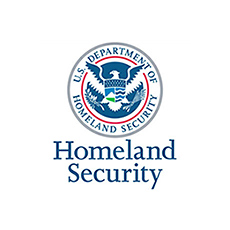 An article by Matt Arnott, Analyst at Machina Research.

“Securing the Internet of Things has become a matter of homeland security”, were the words of Secretary of Homeland Security Jeh Johnson in a recent press release. Whilst recent breaches in security have shown that homeland security departments may well have a role to play in IoT security, and the issuance of the US Department of Homeland Security’s ‘Strategic Principles for Securing the Internet of Things’ has demonstrated such an intent, homeland security is becoming ever more reliant on IoT. The sector is, in fact, more mature than many that are more typically associated with the IoT space.

Smart travel documents proved to be an unusual early catalyst, the introduction of biometric passports provided the compelling cause needed for the emergence of IoT devices in the space. Although first adopted in Malaysia in 1998, the widespread use of ePassports in Western Europe and the United States began in earnest in 2006; India and China began implementation in 2008. Billions of people are now using some form of biometric identification, and a large portion of the biometrically identified will be from one of more than 100 countries that now use ePassports. To encourage the expedition of these travellers through airports RFID scanners were introduced and connected automated border control systems shortly thereafter. The roll-out of these solutions has been rapid, the first such systems in North America were installed in Vancouver in May 2013, they can now be found in more than 40 airports throughout the continent.

The value brought to airport authorities is manifold: real estate on the terminal floor is a finite resource and manned passport control booths provide little in the way of revenue generation for their square footage; manpower is freed up for use elsewhere in the facility and lengthy queues at immigration are a grim prospect for dreary passengers and airport management alike. Of course, automated border control does not represent a complete catchall solution for the immigration process and the emergence of mobile biometric readers, able to cross reference traveller’s biometrics, their passports and their boarding passes to a backend database, only further IoT’s use in airport security.

Homeland security does of course exist outside the airport terminals of this world, similar network solutions are in use at land and sea point of entries, but in places where the term border security is used in a more literal sense a very different brief must be met by IoT devices. Land borders present a challenging environment for monitoring sensors. Keeping watch over large swathes of often inhospitable land is a prime scenario for drones and unattended ground sensors (UGS). Current deployments are limited at best but early forays have been made but stumbling blocks have appeared, drones with the required load capacity and range are an expensive proposition for most governments as are cellular connections for the thousands of units necessary for a successful UGS network. Low power wide area (LPWA) networks should provide the technological foundations for extensive UGS usage along border zones and demonstrate the potential for growth in the sector.

The industry is not without its issues. Firmly entrenched silos do need to be bridged and this is often a troublesome task, as the UK border force has found out during its five-year transition from legacy immigration databases to a centralised system; so far resulting in continued reliance on an over-utilised and ageing system and an incomplete replacement.

Nonetheless, as other higher profile sectors struggle for an identity, regulation or direction (the listless wearables market and the open versus proprietary dichotomy of the connected home are the examples that spring most immediately to mind) homeland security has quietly enjoyed rapid deployment on an international scale.

Current deployments have come in line with Machina Research’s forecasts within the sector, in both timing and scale, and only represent a small segment of IoT revenues in the future. In 2021 the USD17 million of revenue will be dwarfed by the USD2 billion of the greater IoT and connected devices represent a similarly minor fraction, 15 million out of a 17 billion device total. As a vertical, homeland security will never be the most lucrative, but the successes that have already occurred despite challenging deployment conditions suggest that it is unlikely to be left behind despite its diminutive size.

Homeland security is a truly diverse IoT sector, and its varied microcosm of large public purchasing strategies, small scale bespoke installations, public facing devices and hidden ruggedised sensors result in an application group that suffers from and must overcome the same issues as IoT itself. A single integrated homeland security solution is yet to be realised, but the early groundwork has been placed.

More information on Homeland Security and the 57 other application groups Machina Research covers are available in our IoT Forecasts Research Stream.
The views and opinions expressed in this blog post are solely those of the author(s) and do not necessarily reflect the opinions of IoT Business News.
Tags:IoT securityMachina Research
Previous : PrismTech’s 2017 Forecasts for the Industrial IoT: Edge Computing, Next-Generation Smart Gateways
Next : Cumulocity joins Intel IoT Solutions Alliance to simplify IoT solution creation and secure deployments