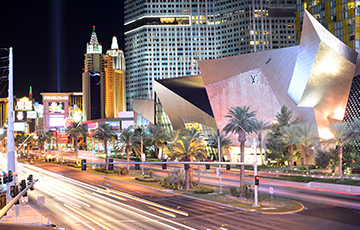 In addition to expanding Senet’s network coverage and capacity, the roll out represents the first production network in North America to support LoRaWAN™ geolocation. This functionality uses a different technology than GPS, eliminating the requirement for costly and battery hungry processing GPS requires. It is supported by Senet’s LoRa end nodes, and can be used for a wide range of applications requiring location determination for battery powered endpoints that do not require the precision of GPS. Demand for these services is significant, with a third of the world’s 15 billion connected devices forecasted to be critically dependent on geodata by the end of 2020 according to Machina Research.

The IoT is a broadly covered topic at CES, including sessions on smart homes, connected cities, healthcare and wearable technology, along with several dedicated demonstration areas for IoT infrastructure. To run demo applications on the Senet network during CES, companies simply need to register on Senet’s Developer Portal to coordinate access.

“Strong ecosystem partnerships and critical technical advantages have allowed Senet to become a leading IoT connectivity software and solutions provider,” said Dave Kjendal, CTO of Senet. “We are pleased to be working with trusted partners like Kerlink to bring geolocation and other enhanced features to market in order to meet the demands of mass scale IoT deployments.”

“We are excited to support expansion of Senet’s Low Power Wide Area Virtual Network in Las Vegas, which will bring new IoT benefits like geolocation to companies in the region, and enable a variety of innovative IoT demos at CES.”

“It also marks Kerlink’s first large IoT network deployment in the U.S. and an expansion of our international footprint, following roll outs across Europe, and in South America, New Zealand and India.”