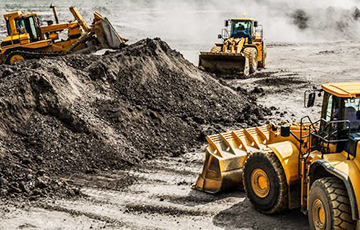 Growing at a compound annual growth rate (CAGR) of 15.6 percent, the active installed base is forecasted to reach 6.9 million units worldwide in 2024.

This includes all CE telematics systems marketed by construction equipment OEMs, either developed in-house or provided by the CE manufacturers in partnership with third-party telematics players.

“Caterpillar has now reached the milestone of 1 million connected assets across all segments.”

He adds that Caterpillar and Komatsu are also by far the leading construction equipment manufacturers in terms of market share. 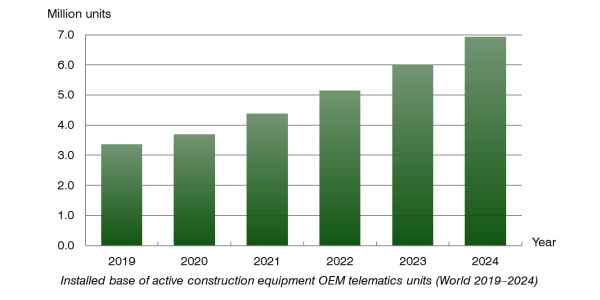 “All of these players have installed bases in the tens of thousands of telematics units deployed on various types of construction equipment, either independently or in collaboration with telematics partners”, concluded Mr. Andersson.