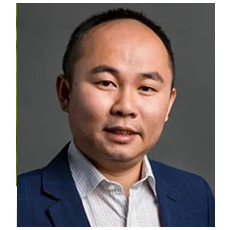 By SIMCom, a global leader in the cellular module space.

It’s inevitable that 2G and 3G will be discontinued, and then NB-IoT, 4G, 5G will take on the responsibility of supporting the Internet of Things (IoT).

What will happen to module industry? SIMCom CEO Yang Tao expressed his views on this.

According to Mr. Yang Tao, Cat.1 is gaining status and getting into the fast lane. Currently, the distribution of cellular IoT connections is roughly 10% of high rate, 30% of medium rate, and 60% of low rate. 5G will take on high-rate scenarios that require very large bandwidth. NB-IoT will take over large scale, voice-free, low-rate scenarios from 2G. 4G LTE is acknowledged in the industry as a technique that will mainly support voice-oriented medium-rate scenarios.

In Yang Tao’s opinion, the market for Cat.1 is very promising. Cat. 1 became a star overnight. This has a lot to do with the cost reduction on the network carrier side and in the Cat.1 module industry chain upstream and downstream. First, on the network carrier side, Cat.1 can seamlessly connect to existing LTE networks with almost no additional construction costs. There is no need to upgrade or create new software or hardware for base stations, and there is no risk of incompatibility. The cost of network coverage is very low. Next, on the terminal side, compared with NB-IoT and 2G modules in the same scenario, LTE Cat.1 modules have strong advantages in transmission rate and time lag. Compared with Cat.4 modules, Cat.1 modules have lower power consumption and more obvious hardware cost advantage.

As the intermediate link between upstream standard chips and downstream fragmented vertical application fields, modules are critical to the application and innovation of Cat.1 in the IoT market. Mr. Yang Tao says SIMCom has planned products comprehensively. As early as in 2016, SIMCom developed the SIM7500 series of Cat. 1 modules, which includes multiple subdivided regional versions that cover the entire world. Their shipments in many industries have exceeded millions. They are mainly applied in industrial gateways, trackers, industrial meters and public network intercoms. This year, SIMCom launched a new Cat.1 module product line: A7600C1 series and A7670 series.

Yang Tao said:
“Based on our previous successful experience in Cat.1 modules, we are confident that we will be able to better understand customer applications and serve our customers better.”

Carriers are an important force driving the deployment of Cat.1 on a large scale. China Telecom is one of the most active carriers in promoting Cat.1 products. As early as in 2016, China Telecom planned its LTE Cat.1 ecosystem ahead of others. According to Yang Tao, in the SIM7500 series of SIMCom, a subdivided model was customized for China Telecom at that time. It also launched Cat. 1 DTU and realized the overall end-to-end solution of “terminal + channel + platform” with the help of the unified cloud platform independently developed by China Telecom. The solution has been successfully applied in several application scenarios across the country. SIMCom and China Telecom have a long history of deep cooperation. With the launch of more cost-effective domestic Cat.1 products in A7600C1 series and A7670 series, SIMCom will work with China Telecom more closely in the future.

China Mobile has a large number of 2G customers. SIMCom 2G modules in the SIM800 series also have many customers in the domestic market. For customers that need to upgrade from 2G network to 4G network, SIMCom has launched the A7670 series compatible with the SIM800 series to facilitate seamless upgraded on the terminal side for customers. In the meantime, the A7670 series will actively cooperate with China Mobile’s acceptance tests and certification.

China Unicom also has made big moves in the Cat.1 field recently. They have been inviting bids in public network intercom, DTU and so on. SIMCom will actively participate in the bidding and arrange relevant products as soon as possible for China Unicom’s acceptance tests and certification.

Unison, ASR and other chip makers have released more cost-effective Cat.1 chips now, the prices of Cat.1 modules has become increasingly competitive the prices , Cat.1 modules in the market have rapidly dropped to ￥45-60. A few days ago, some makers even offered a fantastic flash sale price of ￥45 for their Cat.1 module, the price war has already started.

Yang Tao said, IoT industry has developed rapidly in recent years. In the module market, competition is fierce while costs and prices are relatively transparent. From the perspective of commerce, some B2C companies usually use some promotional means to attract people’s attention when launching new products, such as discounts, free trials, limited discounts, sales at a loss, etc. In fact, the module industry is mainly B2B. B2B marketing is quite different from B2C marketing. However, with the intensification of market competition, more and more module makers are trying B2C marketing when promoting their brands. In this way, brand awareness may be improved to some extent in a short time, and some scattered markets or customers may be captured like B2C.

“But the module market is still mainly B2B. When selecting a module product, in addition to price, a mature business customer also comprehensively evaluates the product’s functions, performance, reliability and service life, as well as the module maker’s supply, service and risk control capability, etc.”

Yang Tao further pointed out that in terms of cost, most electronic products comply with Moore’s law; as product integration becomes higher and higher, scale effect will further boost the continuous decline in product cost.

“Although the Cat.1 market has just emerged, it is believed that the future demand for Cat.1 modules will explode soon and product cost will drop rapidly. From this point of view, current prices of Cat.1 modules are partly based on future costing.”

“first, SIMCom has developed in the module industry for 18 years, accumulated rich experience in B2B customer service. SIMCom not only has a forward-looking and unique perspective in product planning, but also has been at the forefront of the industry in cost control, quality control, delivery and operation. Second, SIMCom core team members have been deeply engaged in the IoT industry for more than 15 years. We not only have a universal product line that can cover all industrial applications, but also master deep core technologies such as memory protection and self-repair, net search mechanism and communication network protocol. We not only have a strict and constantly improving product research and development system and quality assurance system, but also have efficient delivery and operation capabilities and a quality customer service team. Third, SIMCom has also gradually formed strategic cooperation with many partners, including suppliers, carriers, customer and industry associations, etc. Therefore, we have full confidence to participate in the Cat.1 module market competition.”